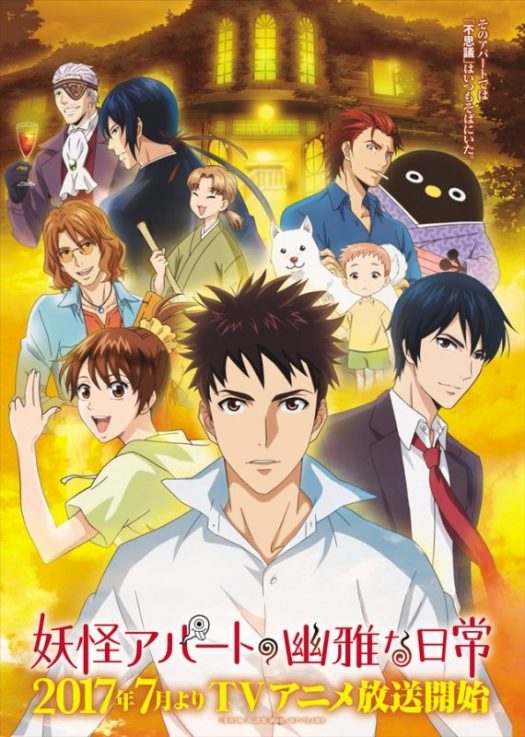 What would you do if you had a chance to live in an apartment with a luxourious space for little rent? There’s one condition, the apartment you live in is full of youkai! A youkai is a type of demon within the anime world.

That’s the story of our main protagonist, Yushi Inaba is a teen who lost his parents in middle school. After this death he lived with his Uncle’s family. Unfortunately, he truly never connected with his Uncle’s family and decided to move out when entering high school. To his dismay the apartment complex the school provided needed to be rebuilt due to a fire. Upon stopping at a shop one night, the manager offered an apartment he could stay in that fit his budget. He proudly took the offer.

After moving and waking up the next day, he discovered many youkai eating breakfast with him! Everything from the landlord to the birds were youkai with the exception of two people. Akine Kuga a high school girl who works as an exorcist and Reimei Isshik a famous poet and book writer lived in the apartment complex as well.

With these people and many more Inaba deals with different adventures and conflicts with himself while also helping viewers feel at home.

This anime was very calming and with multiple amusing action segments. Upon watching, in addition to the desire to explore the apartment themselves many viewers can agree that they felt  a connection to the character emotionally. While there was a time that touched deep situations such as depression it also touched the view on how to make the best out of what life hands you. This is an anime worth watching and definitely deserves a second season.