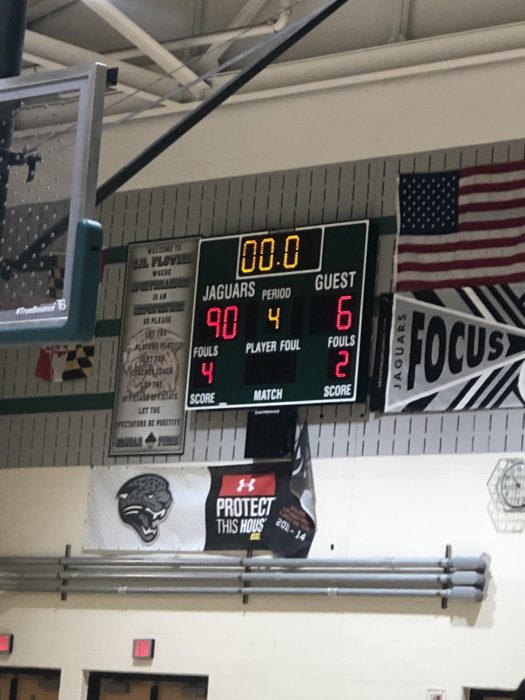 On Tuesday, December 18th, the CH Flowers Lady Jags basketball team hosted the High Point Eagles at the Jaguar Den! The Jags looked absolutely dominant in which was a rout of the Eagles from tip-off! The Jaguars won by an outstanding score of 90-6! This was an excellent display of basketball on both offense and defense! The scoring was led by senior Jasmine Hilton who had 18 points and junior Kaniyah Harris who finished with 16 points! Although they stood out with their amazing displays of scoring, this was a total team effort for the Jags as everyone on the team was able to score! I had the pleasure to ask senior Jasmine Hilton a few questions postgame:

Terrence : “How were you and your team able to put out such a dominant performance?”

Jasmine : “ I’m actually surprised that we made it to 90 points, because I don’t think we ran up a score like that before. But we knew what kind of team we were playing against and even though they weren’t competition to us, we still had to show out and give out our best from the beginning of the game up until the end.”

Terrence : “What are your personal goals for the season?”

Jasmine : “My personal goal is to better myself at becoming more of a consistent shooter and to have a better IQ about basketball in general.”

Terrence : “What are you and your team’s goals for the season?”

If the Jaguars keep up the way they are playing they will certainly be competing for states! Go Jags!