May 27, 2020 - Longueur (noun) - a dull and tedious passage or section (as of a book, play, or musical composition)   More →
Announcements, Sports, Top Stories 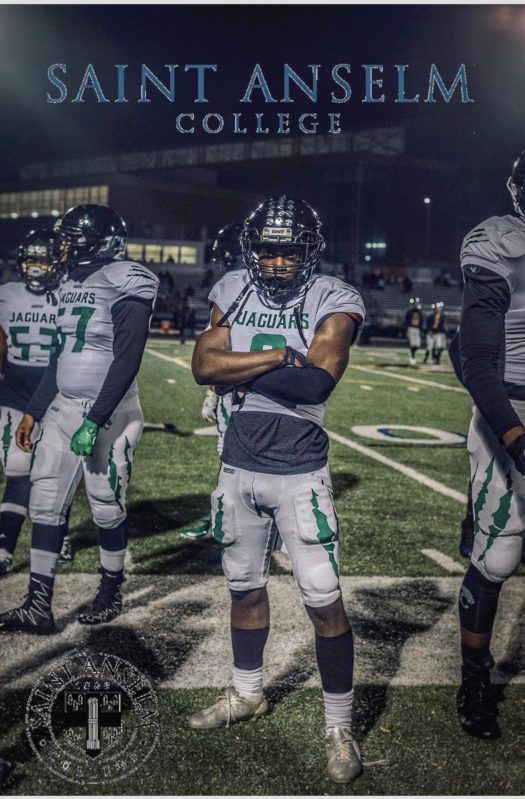 December 27,2018. That was the date where Senior football player Sulton Woolbright made where he will be attending college as a student-athlete official. Sulton will be playing at Saint Anslem College! During his time at Flowers he accomplished so much! He was a 3 year varsity starter, he was named to All-County teams, County All-Star team, and Maryland Crab bowl team, he was also selected to the Elite 22, the best seniors in PG county in their respective positions! I was honored to speak to Sulton about his commitment:

Terrence : “What made Saint Anslem the right school for you?”

Sulton : “When i visited the campus I fell in love with the environment because it was way different from Md. The academics,the athletics, the culture, The environment & the people are a great fit for me.”

Terrence : “Do you feel like you are going to have an immediate impact at Saint Anslem?”

Sulton : “I feel like I am going to have a huge impact on the first day I step on campus. Every time I get on that field, I’m going to dominate the man in front of me. I am going to compete everyday because I love winning!”

Terrence : “Do you have any advice for any of the underclassmen to get to the position where you are now?”

Sulton : “Stay humble, hungry, dedicated, and make sure to stay up on them grades. Also, don’t get fooled by the whole D1, D2, D3 stuff, if you are a baller people will find you. Don’t let your pride get in the way of your success.”

Sulton Woolbright will make it official when he signs his National Letter of Intent on National Signing Day on February 6th!