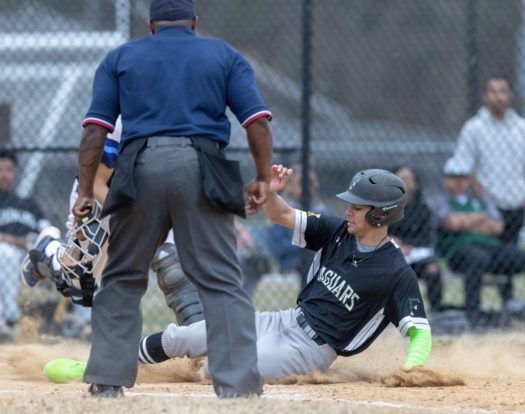 Our Jaguars Baseball team has gotten out to a flaming hot start of the season! On Thursday, April 5th, 2019, the Jaguars traveled to Duval High School, in a PG 4A Battle! The Jaguars dominated the game winning by a final score of 18-2! The Jaguars were led by huge contributions from Tremayne Cobb Jr., who hit a Homerun and a Double. Brandon Bradshaw, hit a triple and a double! Also, some stellar pitching by Raymond Smith helped lead the Jaguars to victory! The Victory brings the Jaguars record to a perfect 6-0, continuing their dominance over PG County as they have an unbelievable record of 40-1 against PG County competition over the last three seasons! I spoke to standout Senior Tremayne Cobb about his feelings towards the season:

Terrence: “Now that you have a sample size of what your team is capable of, what is your confidence level in your squad this year?”

Tremayne: “My confidence level started off pretty average because we had lost a lot of seniors and had brought up a lot of people from JV. But as we have completed our first 6 games, my confidence level in my team has risen. We have a quality squad and we should be able to make a run for states again.”

Terrence: “What are your personal goals for the year?”

Tremayne: “My personal goals are to be a great team leader. Help my team out anyway I can. Also to lead my team to a state championship and make the players around me on the team better.”

Tremayne is committed to play Division 1 Baseball at the University of Hartford this upcoming fall. If Tremayne and the Jags can keep up the great play, it is no doubt they will be playing for a chance at the State Championship! Go Jags!