What Does Trump’s New Tariffs Mean? 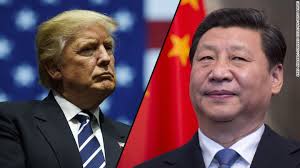 What exactly are tariffs?

Tariffs are a tax on imports. They are typically charged as a percentage of the transaction price that a buyer pays a foreign seller. Let’s say an American retailer buys 200 dolls from China for $6 apiece — $1200 total. And suppose the U.S. tariff rate for the doll is 7 percent. The retailer would have to pay an $84.00 tariff on the shipment, which raises the total price from $1200 to $1284.  Also sometimes, the U.S. will add additional tariffs on imports that they determine are being sold at unfairly low prices or are being supported by foreign government subsidies.

The benefits of tariffs are tricky. Because a tariff is a tax, the government will see increased revenue as imports enter the domestic market. Domestic industries also benefit from a reduction in competition, since import prices are artificially inflated. Unfortunately for consumers, both individual consumers and businesses, higher import prices mean higher prices for goods. If the price of wood is inflated due to tariffs, individual consumers pay more for products using wood, and businesses pay more for wood that they use to make goods. Basically, tariffs tend to be pro-producer and anti-consumer.

President Trump escalated his trade war with China, raising tariffs on $200 billion worth of Chinese goods and taking steps to tax nearly all of China’s imports as punishment for what he said was Beijing’s attempt to “renegotiate” a trade deal. Trump’s decision to increase tariffs came after a major round of trade talks in Washington to produce an agreement to prevent higher levies. The White House said talks would resume again soon but it remains uncertain whether the two sides can bridge the differences that have arisen.

Well kinda, US steelmakers could get a boost, demand will drive new hires and bigger profits. But the US companies that need raw materials, like car and airplane makers, will see their costs rise. That means they might have increased the prices on their finished products. That would hurt consumers, so car prices could go up in the US. As could price for gadgets, plane tickets and even beer – the price of making a can could rise.

So How Will All of This End?

To be honest, I have no idea.  Some Historians have pointed out that tariffs often lead to higher costs for the consumer, while economists across the board are against the plans.  Trump’s decision to take on China could lead to harmful effects for consumers in the US and in China, but also worldwide. An economic showdown between the world’s biggest economies doesn’t look good for anyone.