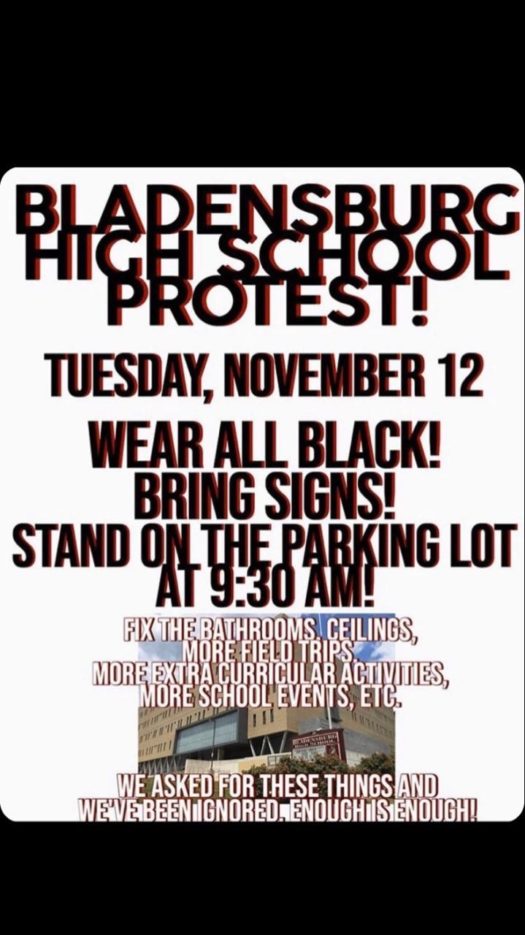 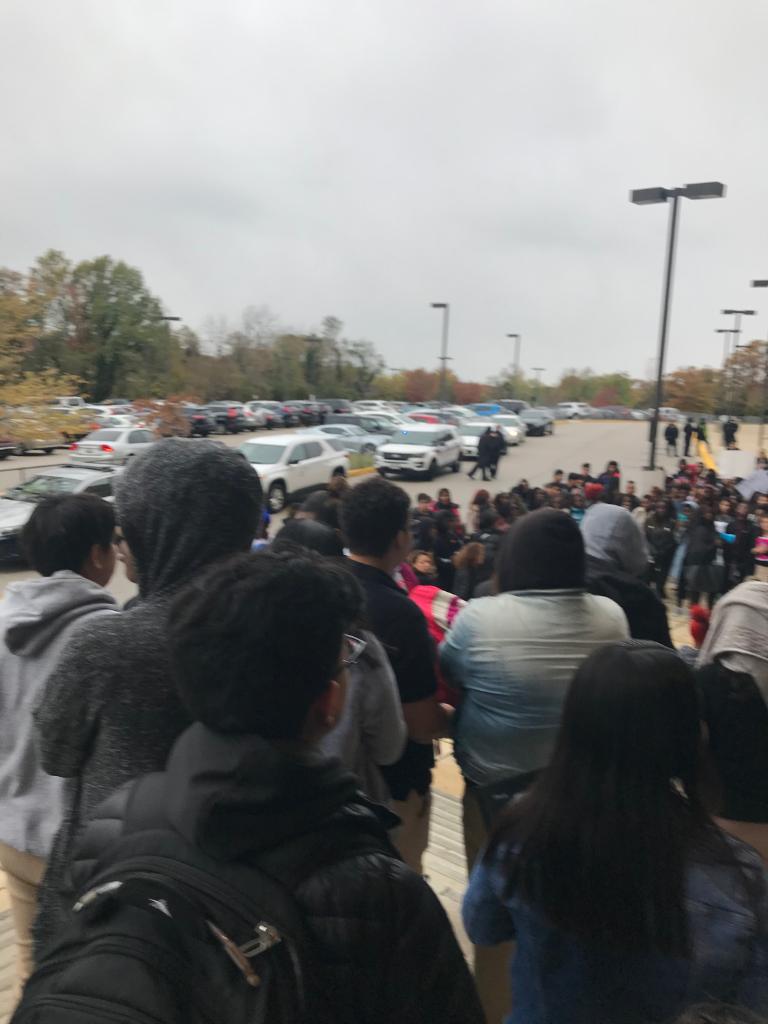 Tuesday morning on  November 12, 2019 a significant amount of students began what would turn out to be an epic day at Bladensburg High School.  Students began to rally in front of the school  to demand  basic improvements and changes in the school.  They demanded  funds for culinary and art programs, repairs and toilet seats in the bathrooms.

Students pleaded for change in their learning environment which they claim are unsafe and unhealthy. For example,  the culinary classroom  ceiling is falling in and every time it rains it leaks which has led to the growth of  mold in the classrooms  and in the hallways.

As the morning progressed and students and staff began to pull up in the parking lots and busses drop of students the excitement and tension grew.   The students at Bladensburg  began to chant and even demanded “we want a change in leadership!”

Principal B. Aisha Mahoney was on the scene  offering her support to students to have an opportunity to voice their concerns . The protest received so much attention that Belinda Queen, PGCPS board member  and Dr.Carletta Marrow, supervision of principals, arrived at Bladensburg High School to address the concerns of the students.

Leaders encouraged students to move the rally to the gymnasium out of the cold and rain in order to support their effort and remain warm and dry.  Students rallied with signs and chants to the gym where they were able to express themselves.

By  10:52 AM, student leaders were invited to sit and discuss  their concerns to leaders.  The outcome was amazing according to the students. They advocated for themselves and  their concerns were addressed. They wanted bathrooms fixed, extra curricular activities each month, money for art and culinary supplies, new field and support for music  aka a band.

According to one staff member, “This is what democracy looks like!”