Why Am I Taking Summer School? 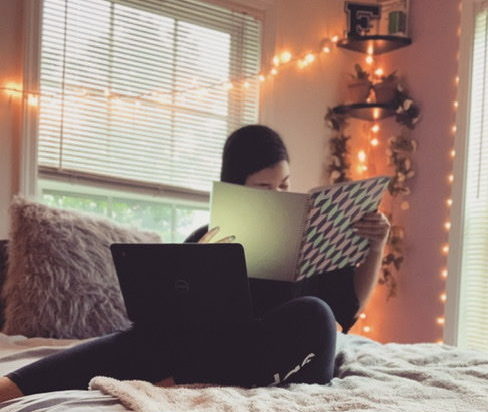 Why Am I Taking Summer School?

In the 2019-2020 year, I was a Sophomore at Charles Herbert Flowers I have passed my classes for this school and am ready for the next when I am a Junior. However, when I look at my schedule for next year, I found out that Algebra 1 and Found Of Tech are on my schedule, like what I had on my schedule during my freshman year. My counselor Fern Dubose had also emailed me and my parents informing them that I will have to take summer school for Algebra 1 since I failed the class and didn’t have the credit. I find this extremely unfair because the reason why I failed is not fully my fault.

When I was a freshman it was just the beginning of the school year. I was in Algebra 1 with Ms. Bovel, my original teacher, till almost the end of the 1st Quarter when grades were starting to be submitted. I wasn’t too worried because I was passing grade without any problem. The day when progress reports went in, like any other day I walked into her class and she took attendance and to my surprise, I wasn’t on her schedule anymore. She then gave me a sheet explaining that 2 of my classes, Algebra 1 and Found of Tech, have been switched. Not only did I have a different teacher for Algebra 1, but I also had my Found of Tech period switch leaving me with the same teacher. Anything that I did in those two classes didn’t matter because I had to start over with different classes, that made no sense to me. When progress reports went in, I had an “N” for algebra 1 with the different teacher Mr. Abalos and a “0” for Found of Tech even though in Found of Tech, with the same teacher I had a passing grade in the class before they were switched.

Being a freshman at the new school I didn’t know what to do, how to cope, or even talk to someone about the new change so I just accepted my fate. Looking back, I should not have done that because that mindset caused me to fail. By the time the 3rd Quarter ended, I was failing and it was too late to do anything to fix it. Even though I did my best to catch up with the classes and the work as the other students, I was still falling behind. In the 4th Quarter I eventually gave up because there was no way I was going to pass the class so my overall grade for those two classes was an E, I failed, my worst grade ever as a student.

I want to end this off by saying that I was robbed of my grade, I was unfairly switched out of my class without any reason behind it, leaving me without the support of the educators who saw me struggling. I was very lost as a freshman and switching me out of the class when the quarter ended was very uncalled for. I felt very left behind. I was put in a position where I was not going to succeed. Now in my Sophomore year, I passed all my classes with barely any problems and if there was I learned myself who to go to. There’s was no changes in my classes like what happened during my freshman year, which can suggest something that went wrong last year. I want to ask, Why do I have to attend summer school when the main reason for me failing, of me being left behind, is the school itself?