On Thursday October 19, 2017, Charles H. Flowers had their annual homecoming pep-rally. There were performances from the Lady jags cheer-leading team, step team, dance and poms team. Our very own “Green machine” marching band along with the flag girls and a guest host “Jordan”. During the pep-rally everyone was excited to see new performances and show their school spirit. Also the homecoming courts were announced. The queen was Arianna and the king was Anthony. The princess was Muna and the prince was Jayden. The dutchess was Tommi and the duke was Jamir. Finally, the Lady was Pheonix and the lord was Isaiah. 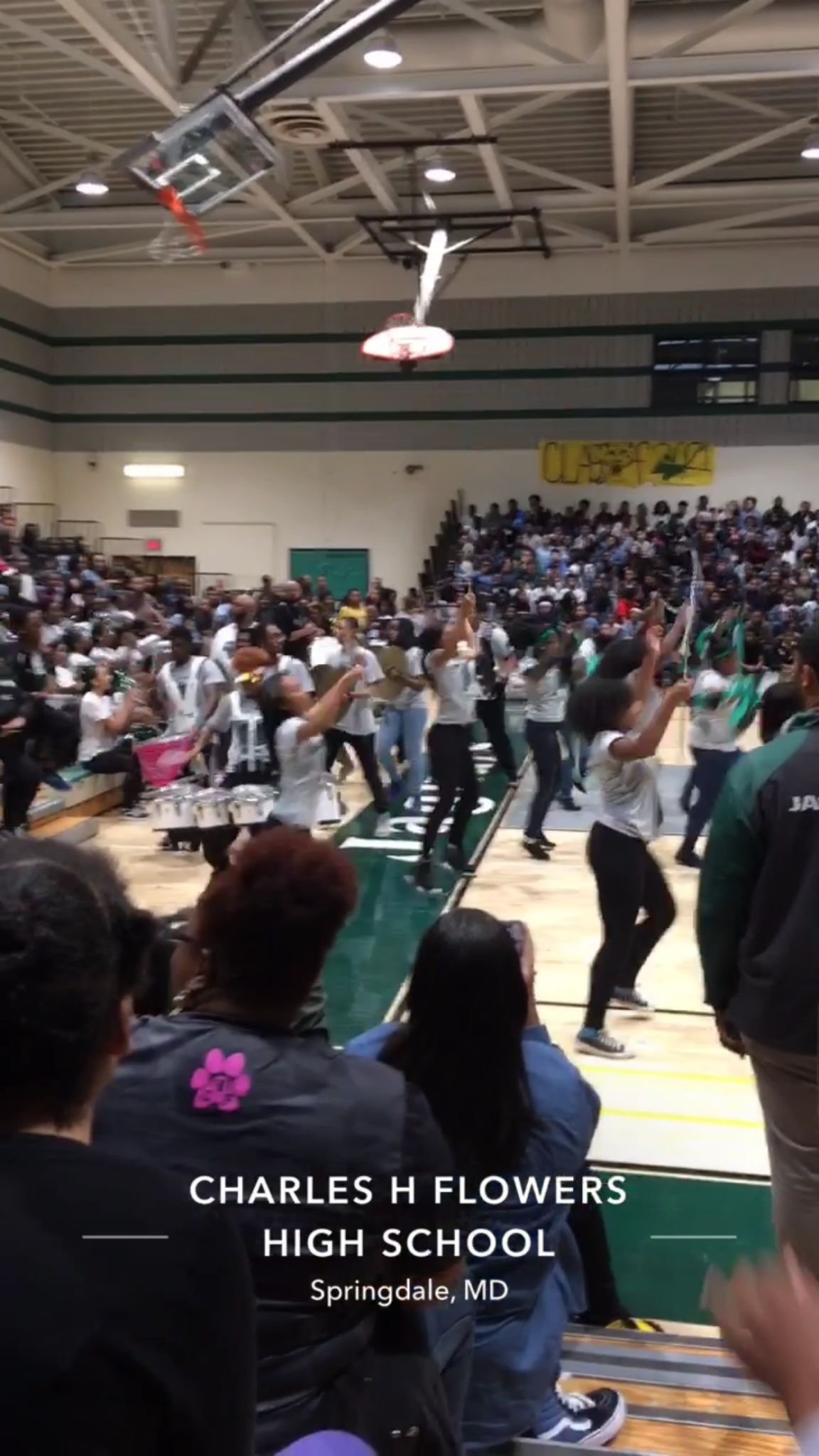 “The pep-rally was an event to remember”-Charity Walker