Congratulations to the Debate Team 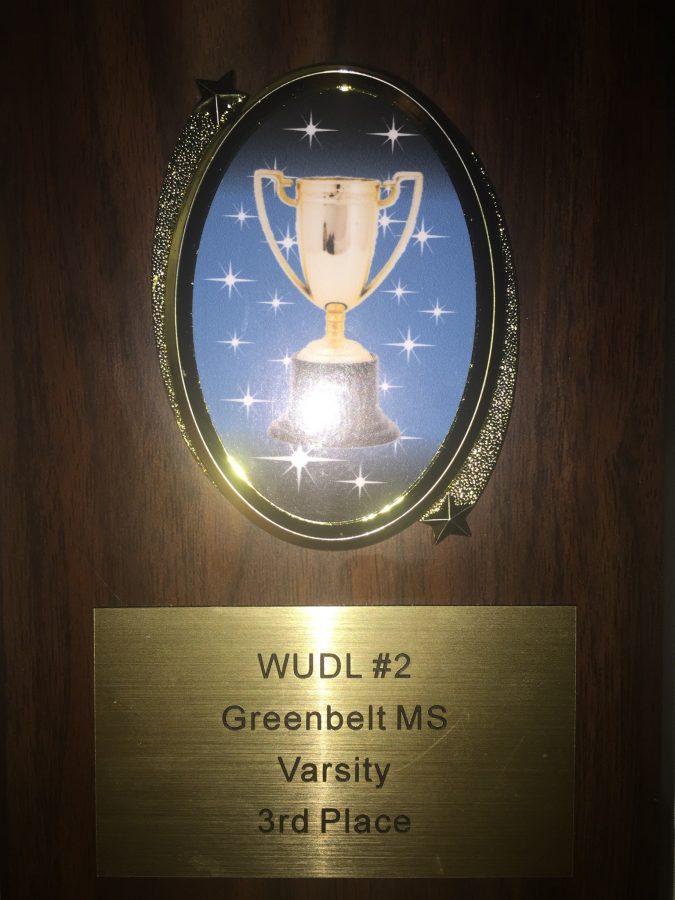 On Saturday November 4, 2017,  a debate competition took place at Greenbelt Middle School. First, our Jag debaters as well as Kenmoor Middle School debaters gathered at Largo High School to share transportation to Greenbelt Middle.  The Jag and Kenmoor Middle School Jags arrived around 9:30 AM. The debate was supposed to start at 9:15 AM, but as a result of late arrivals, the start time was pushed back the whole debate was set back by more than an hour because not all teams where there yet.  So everyone’s first debate was supposed to be at 9:15 AM but didn’t start until 10:30 AM. Each debate round took about an hour because there were four people who had to speak. There were four rounds in total and Greenbelt Middle supplied everyone with breakfast and lunch. Then there was an award ceremony trophies and plaques were given out to those who earned it.

All of these awards are personal awards and not displayed at school but our victories will remain known at Charles Herbert Flowers High School.

Congratulations to all that were able to win something at this competition!