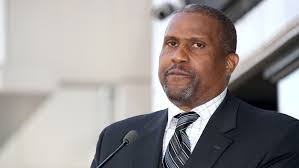 Tavis Smiley, host of the late-night show, Tavis Smiley on PBS has been suspended indefinitely. Smiley has multiple credible allegations of sexual misconduct against him, as women have come forward to give their statements.
Many have experienced the same thing as, “their employment status was linked to the status of a sexual relationship with Smiley.” Victims feared that if they did not comply with Smiley, they would lose their jobs. The number of cases concerning sexual allegations occurring in the United States is starting to help women speak out about their own experiences.
To find out more about this story go to https://www.pbs.org/newshour/nation/pbs-suspends-distribution-of-tavis-smiley-after-misconduct-allegations