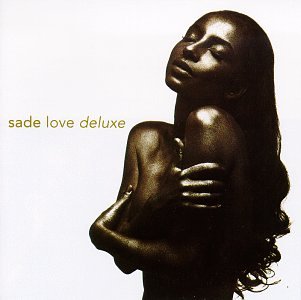 It’s that time of year again. Valentine’s Week is upon us and being musically prepared for
the festivities on Tuesday is imperative. These songs should help get you into the spirit of
Valentine’s Day, whether you’ve got a valentine or not.
Song #1: Phil Ade – Always There
Year of release: 2009
Album/Mixtape: Starting on JV
Why it was chosen: A local artist from Maryland, Phil Ade raps on this track about the different
females he’s met in search of “the one”, or the girl worth settling down with. He refers to two in
particular, but for whatever reason (didn’t ask for her number, she was already in a relationship),
things didn’t pan out. The third verse is a change of pace, as he begins to reveal his motives to
find that special someone as opposed to someone who won’t be around nearly as long.
Song #2: Drake – Marvin’s Room
Year of release: 2011
Album/Mixtape: Take Care
Why it was chosen: Perhaps indicative of the bitter population on Valentine’s Day, this song sees
Drake speaking rather unfavorably of an old flame. He is upset that she’s moved on from him
onto someone he sees as inferior, so he leaves her a voicemail explaining why she should come
back to him. This song has seen many covers/remixes from seemingly every singer on the planet
(remixes can be found by Chris Brown, Jojo, Omarion, Sammie, and even Lil Wayne, Drake’s
labelmate to name a few), so if you don’t relate to the original, you’re sure to find one to suit
your situation.
Song #3 – ASAP Rocky – Been Around the World
Year of release: 2011
Album/Mixtape: Deep Purple
Why it was chosen: As one of the up and coming hip-hop talents in the industry, ASAP Rocky’s
buzz has reached a white hot level (signing a $3 million contract, touring with Drake and
Kendrick Lamar, praise from some of the most respected artists in the genre), it seemed right
to have him in the mix. Been Around the World is his only song that deals with love (more
specifically adoration), and it does so in an inimitable matter. Whereas most artists would rap
or sing about how they feel about someone else, this song is about how people feel about him,
which provides an interesting and refreshing contrast to the normal Valentine’s Day song.
Song #4: Sade – Smooth Operator
Year of release: 1984
Album/Mixtape: Diamond Life
Why it was chosen: The first R&B song on the playlist, Sade’s first hit is perhaps her most
soulful. The signature saxophone riff and traditional percussion provide the backdrop for the
velvet-like voice of the singer, as she talks about a man who breaks hearts all over the world.
While this is almost a 30 year old song, it is way ahead of its time and shows Sade’s talent and
trademark style in all its glory and splendor.
Song #5 Jodeci – Come and Talk To Me
Year of release: 1991
Album/Mixtape: Forever My Lady
Why it was chosen: The fifth and final song on the playlist is the most traditional R&B song on
it. The group sings about meeting a special lady and finally having the courage to go up and talk
to her, a relatable theme for a sizeable amount of people. The song retains many of the signature
characteristics of the “New Jack Swing” style of urban soul in the early 90’s: strong vocals, a
heavy percussion based style of instrumentation and complimentary background vocals. One of
Jodeci’s biggest hits from their first album definitely deserves a place on this list.