Kickoff Game Of The Varsity Football Season: Flowers vs. Largo 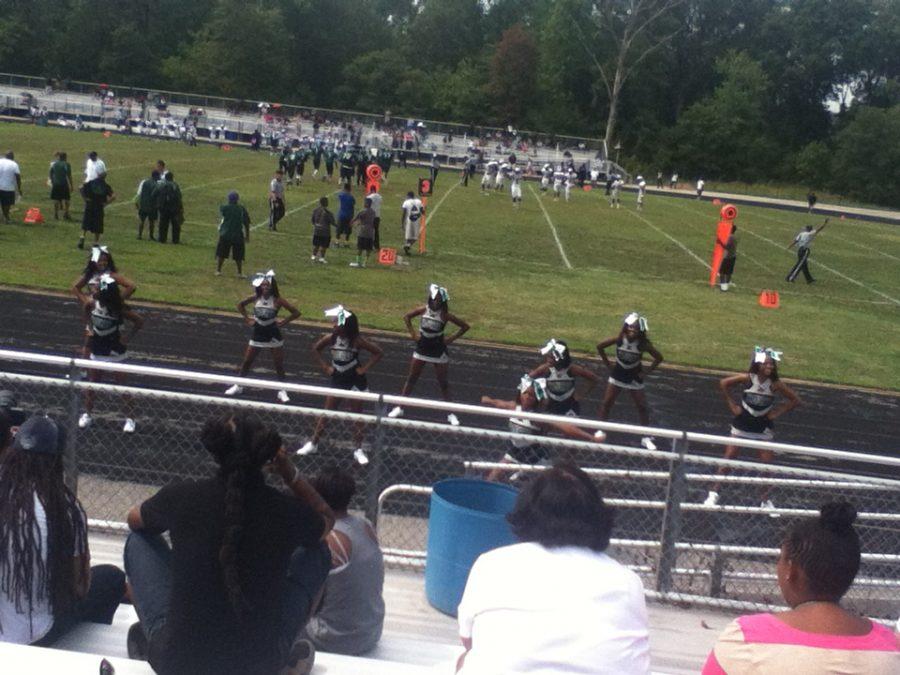 At 1:30pm, September 1st, Gena Cheremond opens off the first football game of the season against the Largo Lions singing our national anthem. Then the game begun.
Three minutes later Keith Payne, Flowers wide receiver and cornerback, gets our first down putting us ahead on the scoreboard 6-0. The extra point was scored giving us 7-0. As the Lions were running the football back attempting to score a touchdown, the ball was intercepted by Daquan Davis, running back and linebacker, bringing all Jaguar fans to their feet. “T, D we want a touchdown,” chanted cheerleaders. A few minutes later the second touchdown was scored for the Jaguars by Maurice Wright. Payne gave us the extra point 14-0. This ended first quarter.
As the cheerleaders did fourteen push ups to represent how many points the Jaguars had, Mr. brown our new principal did the push ups with them, giving the crowd a good laugh. Asking Ragime Young, a current senior at Flowers, about the game, she commented “We are whipping the Lions but we’re also giving up too many passes.”
With no points scored in 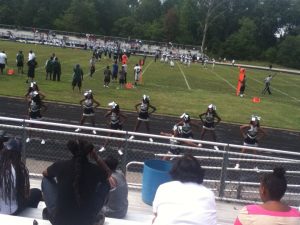 the second quarter, we opened up third quarter 20-0 with Carl Turner receiving the return. “This is good we’re crushing them…We’re unstoppable,” yelled excited Jaguar fan, Tyra Lowery.
Finally going into fourth quarter the Lions managed to score closing out the game 27-6. Supporting fans happily cheered in the audience as Largo’s side quietly exited the stadium. “Jaguars all day!” says David Gussom, a senior at Flowers. “We continue to get better and better. I really enjoyed the game.” Leaving the game Daquan Davis, our runningback and line backer said “We got a lot of work to do, but I’m glad we got the win.”