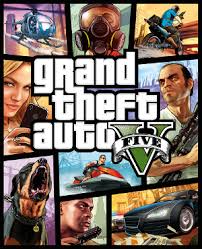 Grand Theft Auto 5 has landed itself in the Guinness World Records seven times so far. In its first 3 days of selling it reached 3 billion dollars, a new record that was last held by Call of Duty Black Ops 2 in 15 days.
Here’s the full list of records it has broken:
1. Best-selling action-adventure videogame in 24 hours
2. Best-selling videogame in 24 hours
3. Fastest entertainment property to gross $1 billion
4. Fastest videogame to gross $1 billion
5. Highest grossing videogame in 24 hours
6. Highest revenue generated by an entertainment product in 24 hours
7. Most viewed trailer for an action-adventure videogame
Grand Theft Auto 5’s first game play trailer by Rockstar has been viewed more than 37 million times on YouTube. This is the fastest selling game of all time and it’s still growing every day. Grand Theft Auto 5 has shattered the franchise record for first-week sales in Japan. This is the biggest game to date and maybe even of all time.