When Teaching Calls Your Name: Mr. Watson Returns to CHFHS 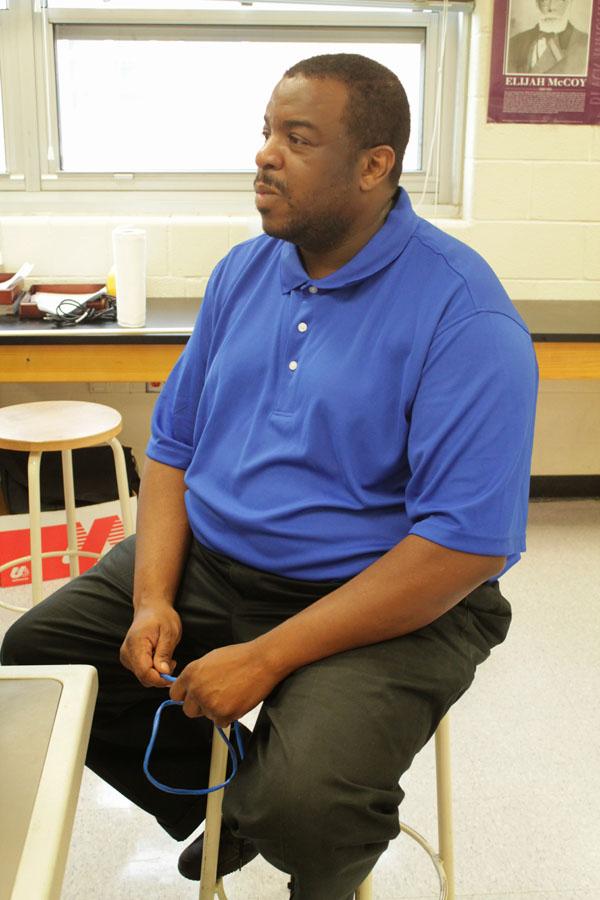 Mr. Donta Watson, born and raised in Washington, D.C., is a returning teacher here at CHFHS. He is currently teaching Technology Systems, Foundation of Technology, and Computer Science. Mr. Watson has been teaching for seven years now and taught at Flowers from 05’ to ’08. He previously taught tech systems 1 and 2, tech information, and tech foundation A and B. When he left Flowers in 2008 he went to Texas to study for law school and care for the new
addition to his life; his 5 year old son.
Returning to Flowers wasn’t originally part of the plan. Ms. White and Ms. Morton
asked Mr. Watson to teach in place of Ms. Fitzpatrick; who is on leave for her reserve military duty. They needed someone of experience and knowledge on the subjects he would be teaching. He couldn’t turn them down and discussed it with the principal, Mr. Brown.
“I like Mr. Brown a lot. He impressed me with his passion and interest in the students’
education,” he said.
Mr. Watson attended PGCC for two years and then transferred to Howard University. After earning his bachelor’s degree in Communications, he graduated from Howard Univeristy at the age of 26 in 1997. While still in college he worked as the house manager at a group home in Arlington,
Virginia for 5 years. He was so determined and focused, he didn’t have much time for a social
life. School, work, and his son have been his main focus.
As an adopted child, growing up in the rough parts of the DMV didn’t stop him from
following his dreams. Mr. Watson’s major interest in entertainment and music led him to discover the rap artist Wale. He was behind the reason Wale performed for the CHFHS homecoming dance in 2008.