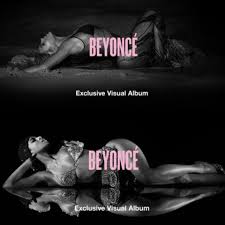 Queen Bey has stunned the world again with her surprise 5th album dropping last Friday, no promotion, no announcement, no warning. The album is titled Beyoncé and is a visual album, which includes 14 songs and 17 music videos. Bey explained the visual aspect of the album saying “I see music. It’s more than just what I hear.”
The album was released exclusively on iTunes, and sold a record breaking 828,773 copies in only three days. Because this album was only available on iTunes, and there wasn’t any single, fans were only given the option of buying the whole album or not listening to the music at all. None of the music or music videos featured on the album was leaked prior to the surprise release which is a rarity in the modern music industry. The album has gone #1 in over 100 countries and gains the #1 spot this week on the Billboard albums chart.
During a press release, Beyoncé stated that recording took about a year and a half and the music videos were filmed in multiple areas, from Brazil to her hometown. The album features collaborators such as her husband, Jay Z, Drake, Frank Ocean, and her daughter, Blue Ivy.