Why are people protesting in France? 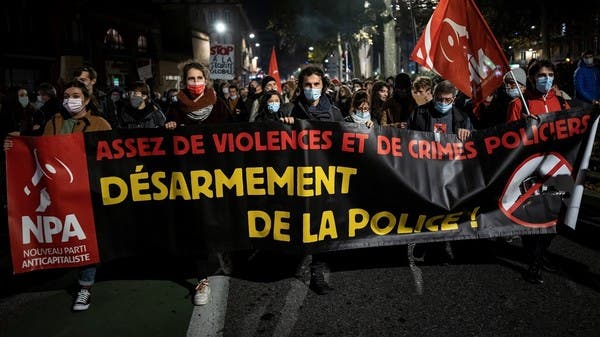 "Enough of violence and police brutality. Unarm the police"

On Tuesday, Nov/24th, a bill was passed in France called the Global Security Law. It contained a lot of things but what angered citizens the most was Article 24, which forbade images being published that allow you to identify a law enforcement officer “with the intent to cause them harm”. The punishment is up to a year in prison and a €45,000 fine. Of course, this makes it hard to capture and post videos of police brutality.
Due to this law, the French people took to the streets on Saturday, Nov/28th to show their anger. Thousands gathered to oppose the new security bill, unhappy that police officers would get that type of protection.
Bill Outcomes
Citizens are worried that this bill gives police officers courage, as they can use illegal methods and unnecessary force more often. An example?
On Thursday, Nov/26th, a music producer, Michael Zecler was brutally attacked by police officers. He had left his residence without a mask, realized it, and ran back inside to get it. Police officers followed him inside and started attacking him. Zecler’s lawyer said that police falsely accused him of trying to take their weapons and of “rebellion”. Zecler himself said that they insulted him while beating him, calling him names like “sale nègre” which means “dirty nigger”.
This incident quickly grabbed everyone’s attention and many situations like this have happened. Even Kylian Mbappé, a French soccer player, took to Twitter, posting a picture of Zecler’s bloody, beaten face and called it unacceptable, and demanded an end to racism. He then quoted a song from rapper artist Diam.