Jems and the Holograms Movie Review 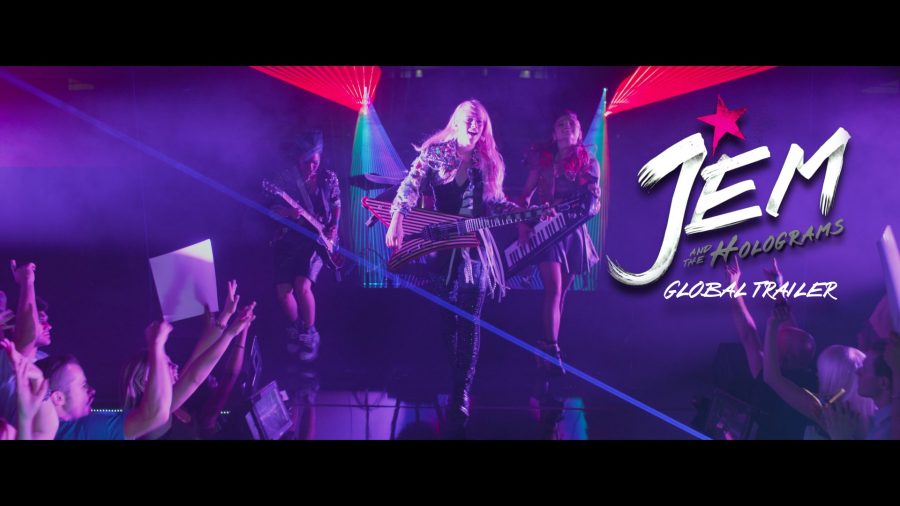 Jems and the Holograms is about a teenager Jerrica (Aubrey Peeples) who is an extremely shy but talented singer-songwriter whose dreams of stardom come true when she forms the group Jem and the Holograms.
Other members include her younger sister Kimber (Stefanie Scott) on keyboards, drummer Shana (Aurora Perrineau) and bassist Aja (Hayley Kiyoko). With help from Rio (Ryan Guzman), the son of the CEO (Juliette Lewis) of Starlight Music, the four young band members find their own voice while taking the world by storm.
The movie lacks in humor but makes up for it in sheer weirdness — it’s a master class in How Did This Get Made? It feels focus-grouped to within an inch of its life, but it’s so strange that it’s impossible to imagine what process led us here.