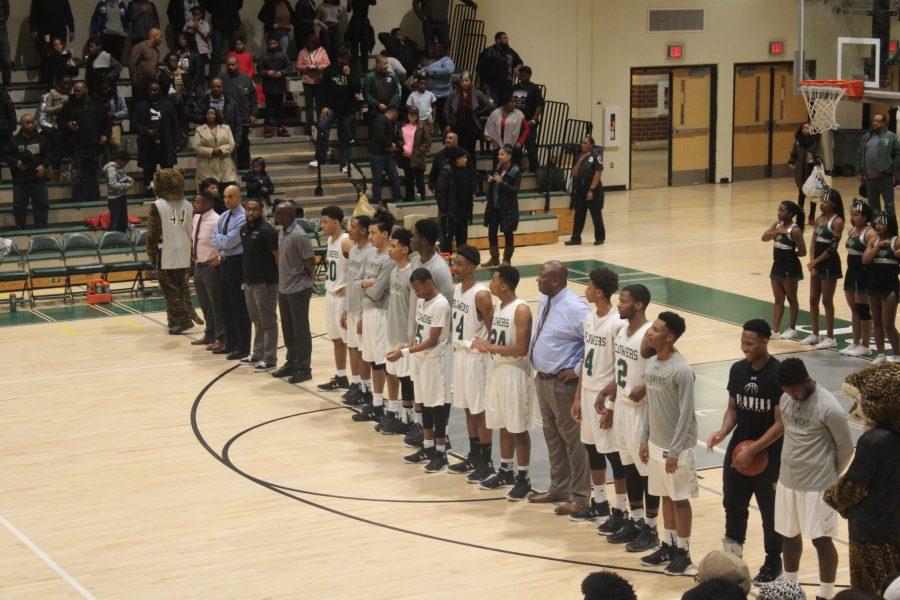 On February 3, 2017 Ch Flowers Jags took on the Wise Pumas in a big time rivalry. The Jaguars came into the game 7-7 coming off a lose to Northwestern 69-60. The Pumas came into the game on a 26 game winning streak starting from last season. The game was highly anticipated with a huge crowd at attendance.
The game went back and forth through the first half with an halftime score of 31-30 with The Pumas leading. In the second half Wise started to pull away ending the 3rd quarter 59-47. The Jaguars tried to make an comeback but, it wasn’t enough to slow down the Pumas which led to a final score of Wise 81 vs. CH Flowers 71.
The Pumas were led by Darron Barnes finishing with a double-double of 23 points and 16 rebounds. The Jaguars were led by Devin Hill with 16 points. After the game I talked to Damarcus Demonia and Glenn Ford of CH Flowers “We could’ve won if we gave more effort and played as a team ” they both said. The Jaguars will look past this loss and look forward to the rest of the season.